MUSE in The Hollywood Reporter 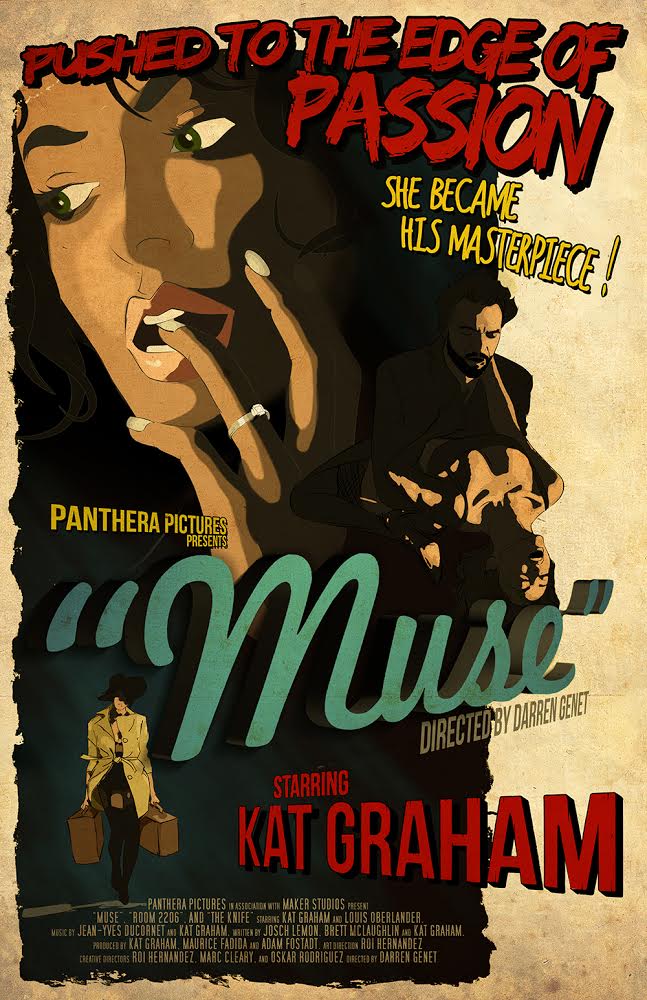 Made in conjunction with Maker Studios, the three MUSE films follow a photographer (played by Louis Oberlander) who is in love with his muse (Graham). The Vampire Diaries star and her oft-director Darren Genet aimed to evoke the tones of film noir, French New Wave and street photographers like Sophie Calle and Saul Leiter. The first installment, out Feb. 10, is the first film produced through Graham’s Panthera Pictures production company.The three films will be set to three original recordings from the artist. The films will be directed by Darren Genet (“The Vampire Diaries,” “CSI: Miami,” “Kings”) and will follow the story of a photographer in love with his Muse. The film stars Louis Oberlander playing the photographer. Both film and EP are slated for release this November 2014. Included in this collection will be a coffee table book which will consist of original photos, poems, as well as interviews with prominent taste makers and entertainers. The book will be a released through Foundry Literary and Media.

“I was inspired to create a capsule collection of art that encompassed both film, music, literature and art that centered around having a muse. What that means, and how I could turn the one thing that inspires me into something the world could understand. I had yet to see it done this way, so I wanted to team up with my friends to create it. I’ve always been a fan of French film makers and artists and wanted to stylistically incorporate film noir within that. I’m known as an actor in a lot of ways and as a music artist I don’t want to abandon that aspect of art, so I made Muse.”

“Kat is an eclectic, hyper-talented creative person and I was thrilled to collaborate with her on MUSE. I instantly connected with the idea of finding inspiration and the more we talked about the project, the more visual it became. Being a longtime fan of Film Noir, French New Wave, and street photographers like Sophie Calle and Saul Leiter, the opportunity to create a series of films with that tone in mind was irresistible. The songs moved me to work with Kat to create a stylized, complicated narrative where passion inspires and consumes our characters…”, says director Darren Genet.

“When Kat told me her idea of doing a Film Noir-inspired trilogy of songs that would include visuals I was immediately inspired and basically drew a clear musical picture in my head within seconds. It was a blast combining her strength and my French background to create something really different and fun.” Says long-time music producer collaborator Jean-Yves “Jeeve” Ducornet.

The first installment of Muse premieres online on Feb. 10. Watch the short and steamy teaser above, and see the accompanying poster below.