A native of Miami Beach, Darren Genet has been making films since he could hold a camera…He spent years mentoring in the commercial world with acclaimed directors such as Samuel Bayer, Marcus Nispel, Michael Bay and Tony Scott before entering the world of narrative filmmaking. Having received his MFA from the American Film Institute, his work has earned two Television Academy Awards, a nomination for the prestigious ASC Heritage Award, and has been honored twice at the Emerging Cinematographer Awards. His body of work in features and television with directors such as Chris Columbus, Francis Lawrence, Jonathan Levine, Tucker Gates and Ed Bianchi has earned him an invitation to join the ranks of the prestigious American Society of Cinematographers. Over the years, his work has garnered attention from publications such as The Hollywood Reporter, Variety, American Cinematographer, and The New Yorker, having been praised as “luminous”, “provocative”,”lyrical” and “masterly.”

Darren’s eclectic career as a director continues to evolve, helming network episodic television shows such as Warner Brothers’ THE VAMPIRE DIARIES and THE ORIGINALS, music videos featured on MTV worldwide and national commercial spots. His capsule collection of short films MUSE debuted at Cannes and was featured in Vanity Fair magazine. His PSA for Black Lives Matter was featured on CNN and his PSA for PETA has gained national attention.

Recently Darren and his partner Kat Graham created Instinctive Entertainment, a production company focused on developing content across a variety of platforms. Current feature projects in the works include his adaptation of the cult novel CAR from celebrated Southern Gothic novelist Harry Crews, Hasidic noir thriller/comedy THE GET, Cryptocurrency thriller DARK.NET.  TV projects in the works include BOYLAND, set in the 90’s boy band explosion in Orlando, Florida; MOTORTOWN REVUE, chronicling the 1962 bus tour of Motown hitmakers travelling through the Jim Crow South; dance series DREAMLAND, set in the world of backup dancers in LA, the adaptation of the best-selling YA horror novel THE SAME PLACE BUT DIFFERENT, and sci-fi dystopian-future thriller X-THEORY

As well as his humanitarian work with the United Nations High Commissioner for Refugees and NGO’s like Rotary and Empower 54, Darren is working on WITNESS, a refugee documentary with TIME Studio, UNHCR, Sugar23, and Day Zero documenting the struggles of refugees and migrants as they move across the globe. 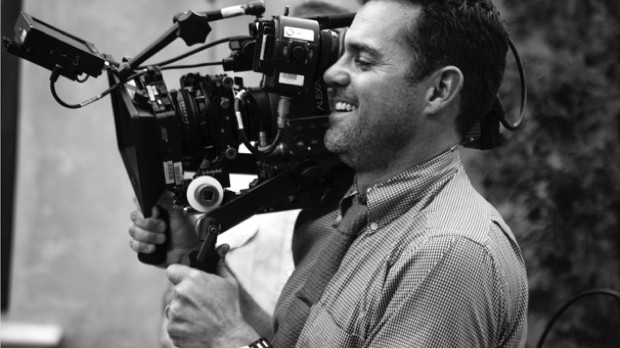